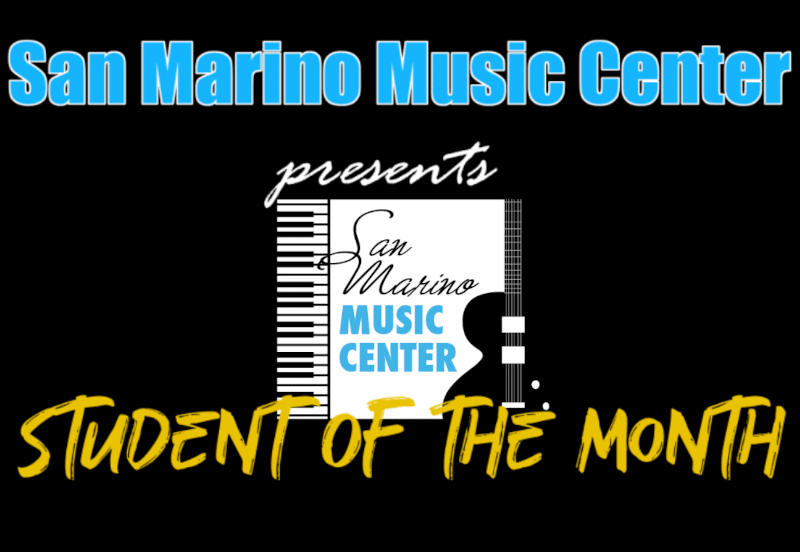 Becca has been taking guitar lessons with SMMC since September 2018. In March of last year, Becca made the switch to online music lessons like many other students and has not stopped progressing since!

Becca earned the award because she is a great student who is always pushing herself to do better. Becca is consistently on time for her weekly music lesson and always shows up with a positive, “can do” attitude. This has played a huge role in her ability to progress so much and so quickly. Like the saying goes: “showing up is half the battle”!

Aside from great attendance and attitude, Becca has become a very capable young musician! She has continued to improve in her ability to read music and understand complex rhythms. She’s developed the ability to play arpeggio patterns through various chord changes. She’s learned to play major scales outside the first position and has begun learning basic barre chords. WOW!

From all of us at SMMC, CONGRATULATIONS Becca and keep up the great progress!